This guide focuses on the glass-related history of the Corning, New York, and surrounding area, including local resources, special collections, and topics unique to Corning's glass history. 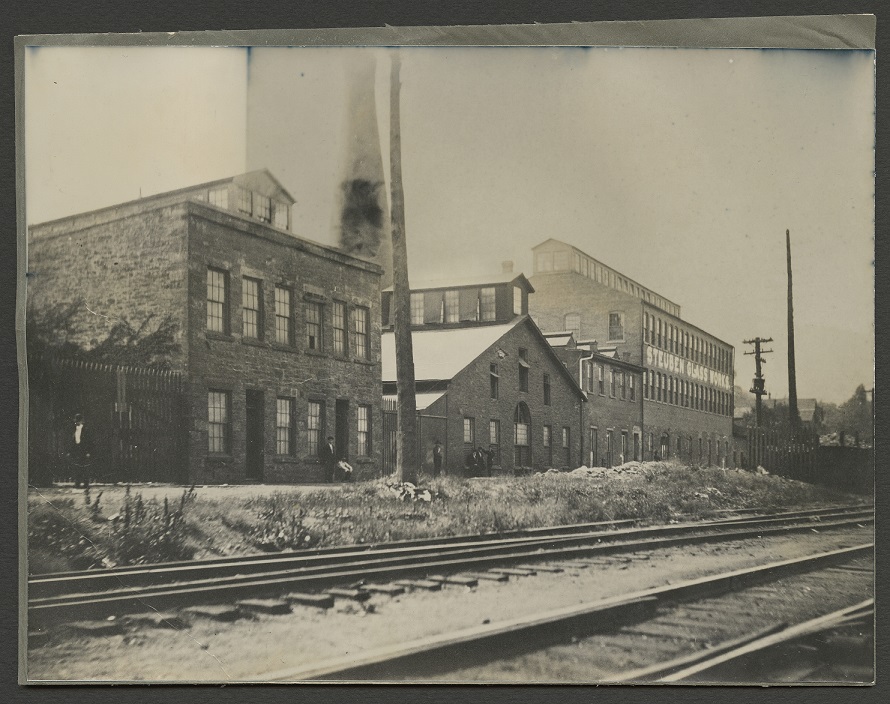 When Frederick Carder (1863-1963) visited Corning, New York, in 1903, he met with Thomas G. Hawkes, who had been operating a successful glass-cutting firm, T. G. Hawkes & Company, in Corning since 1880. At the encouragement of Hawkes, Carder moved from England to Corning, and together they founded Steuben Glass Works in 1903.

Initially, Steuben Glass Works focused on producing blanks for T. G. Hawkes & Co.; however, Carder continued to experiment with color, and in 1904, he registered "Aurene" with the U.S. patent office.

Steuben Glass Works continued to expand in the years before the First World War. It continued to produce blanks for Hawkes, but also produced decorative glass in a range of colors, as well as cut glass and lighting.

In January 1918, Steuben Glass Works became a division of Corning Glass Works. (Carder remained with the Steuben Division until 1932.) 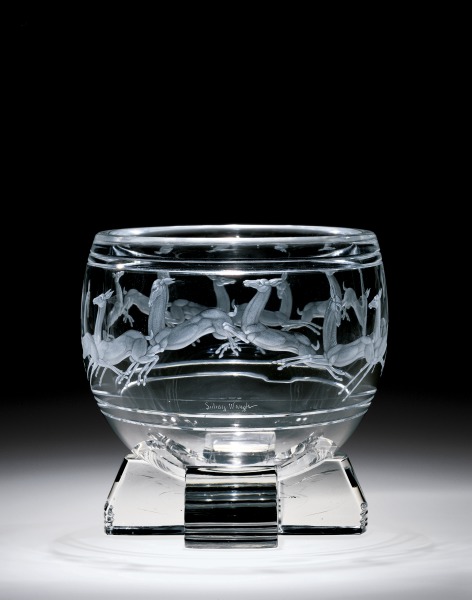 In 1933, Arthur A. Houghton, Jr., became the managing director of Steuben. Steuben started to focus on producing clear crystal--a departure from Steuben under Carder's direction.

In 1951, Steuben moved from downtown Corning to the Corning Glass Center complex, which also included the new Corning Museum of Glass, which allowed visitors to view parts of the production process.

Steuben continued production under Corning Incorporated in a building next to The Corning Museum of Glass until 2008. The year, Steuben was sold to the Schottenstein Stores Corp. of Columbus, Ohio, as part of the newly formed Schottenstein Luxury Group.

In 2011, the Steuben factory and New York store were closed. The Steuben brand was repurchased by Corning Incorporated. 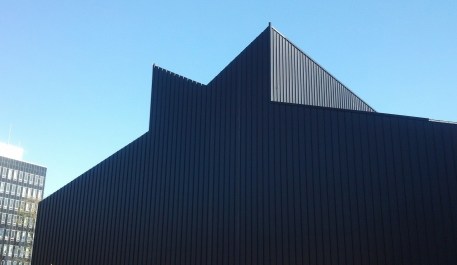 In 2013, Corning Incorporated licensed The Corning Museum of Glass (CMoG) to oversee the production of new Steuben and to sell it in the Museum shop. All proceeds from the sale of Steuben support the Museum, a not-for-profit cultural institution.

A more detailed timeline of Steuben history is available on the Steuben website (www.steuben.com/timeline).

See a list of available Steuben Glass oral histories on our Oral Histories at the Rakow Library research guide.

Examples of Steuben Glass at the Corning Museum of Glass 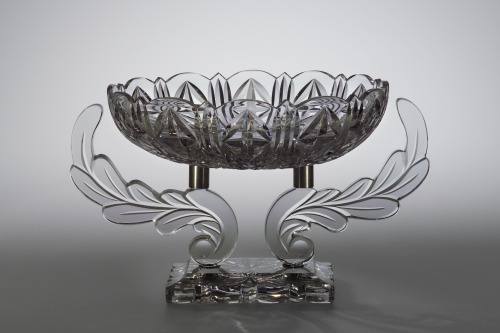 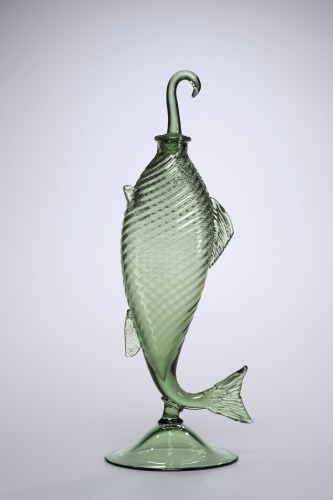 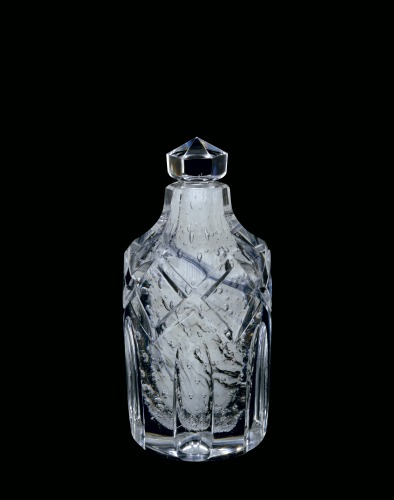 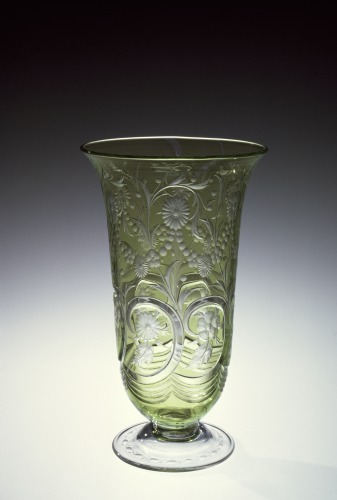 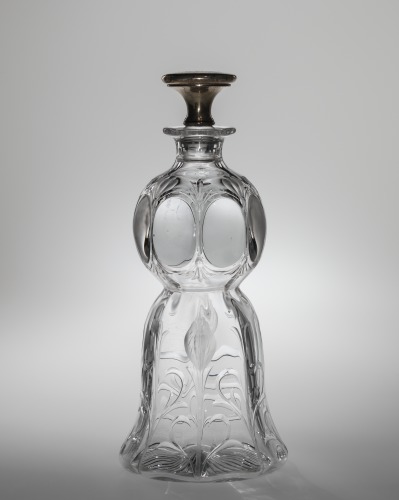 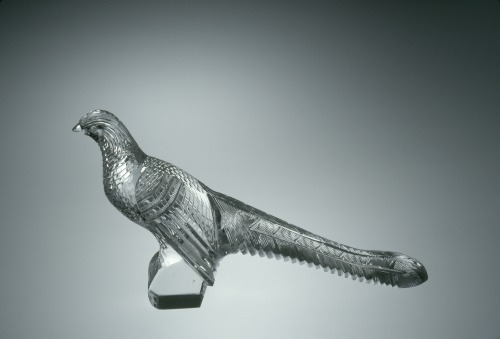 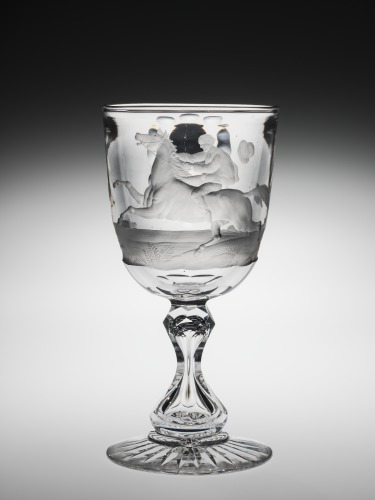 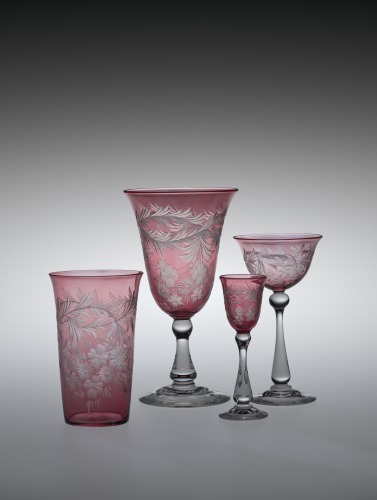 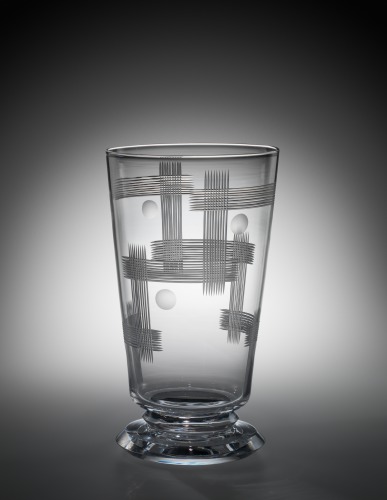 The Rakow Research Library has the following digital collections related to Steuben Glass: