Itinerant glassworkers were one of many types of traveling entertainers that made their way from town to town demonstrating their skills to audiences. As early as the 17th century, glassworkers were gathering crowds in countries like England and Poland. Their shows would often involve a lampworking demonstration and a display of glasswork made to impress customers, like models of famous ships or landmarks, fountains, and Cartesian divers. Later glassworkers and troupes of performers traveled with hydraulic skeletons and working glass steam engines. Itinerant glassworkers came to North America as early as 1819, and toured in South America, South Africa, South Asia, and Australia during the 19th century. Glassworkers also traveled with circuses and had long-term engagements at museums, amusement parks, and World's Fairs. While some itinerant glassworkers continued to tour late into the 20th century, the advent of cars, radio, television, and movies brought entertainment to the most remote towns.

This guide contains primary sources (original documents) and secondary sources (published research) on these glassworkers and the glass they made. Additional sources may be found in our subject bibliographies, which you can request through our Ask A Glass Question service. 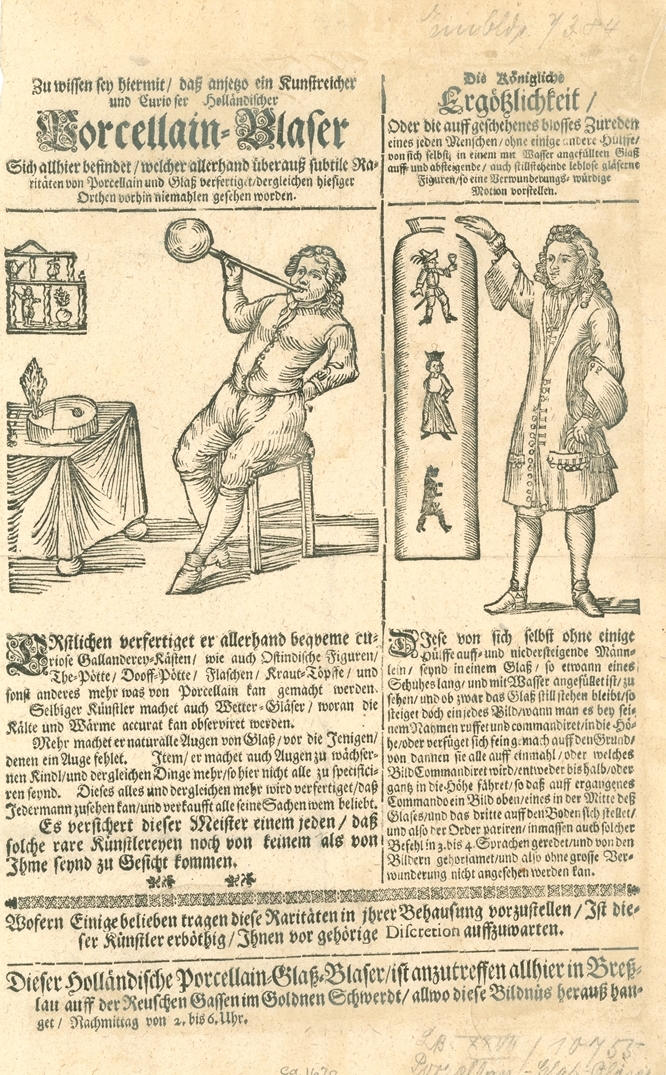 Glassworkers were entertaining audiences as early as the 17th century. This handbill, the earliest in the Rakow Library's collection, dates to around 1670 and advertises a show in Wrocław, Poland. (CMGL 112252) 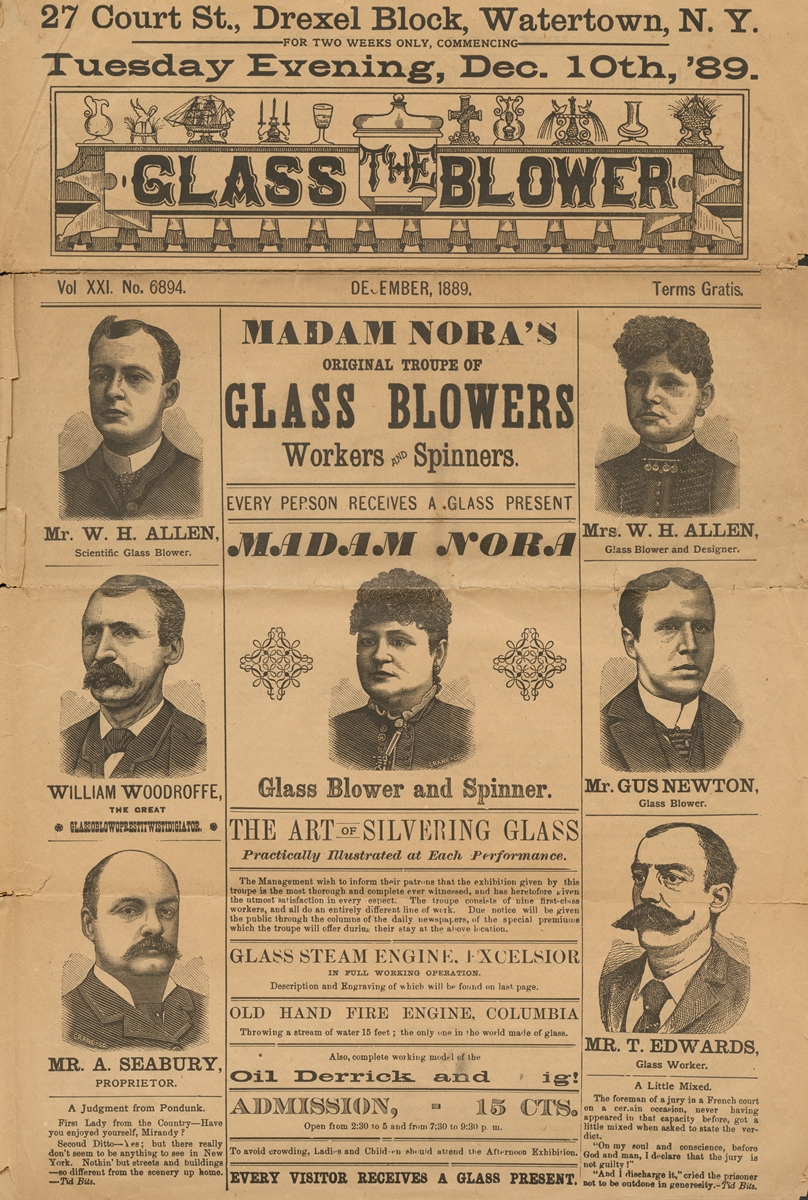 During the 19th century, troupes of glassworkers like Madam Nora's Original Troupe of Glass Blowers, Workers and Spinners traveled across the Americas, South Africa, South Asia, and Australia. (CMGL 112113) 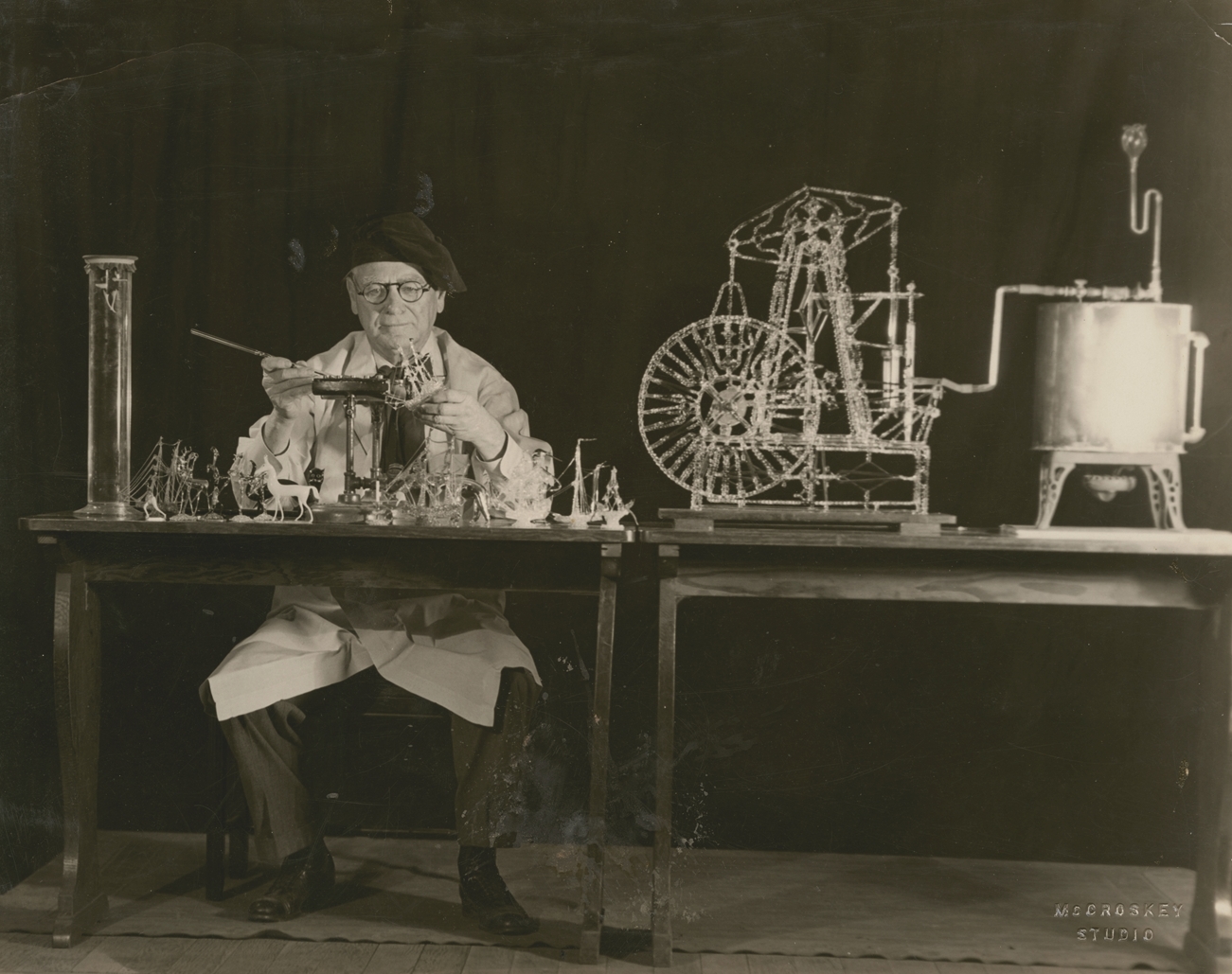 Itinerant glassworkers performing in the 20th century used
many of the same skills and attractions as their 17th, 18th, and
19th-century counterparts. John Backman, shown here in the
1930s, makes a ship while sitting between a Cartesian diver and
a steam engine. (CMGL 152150) 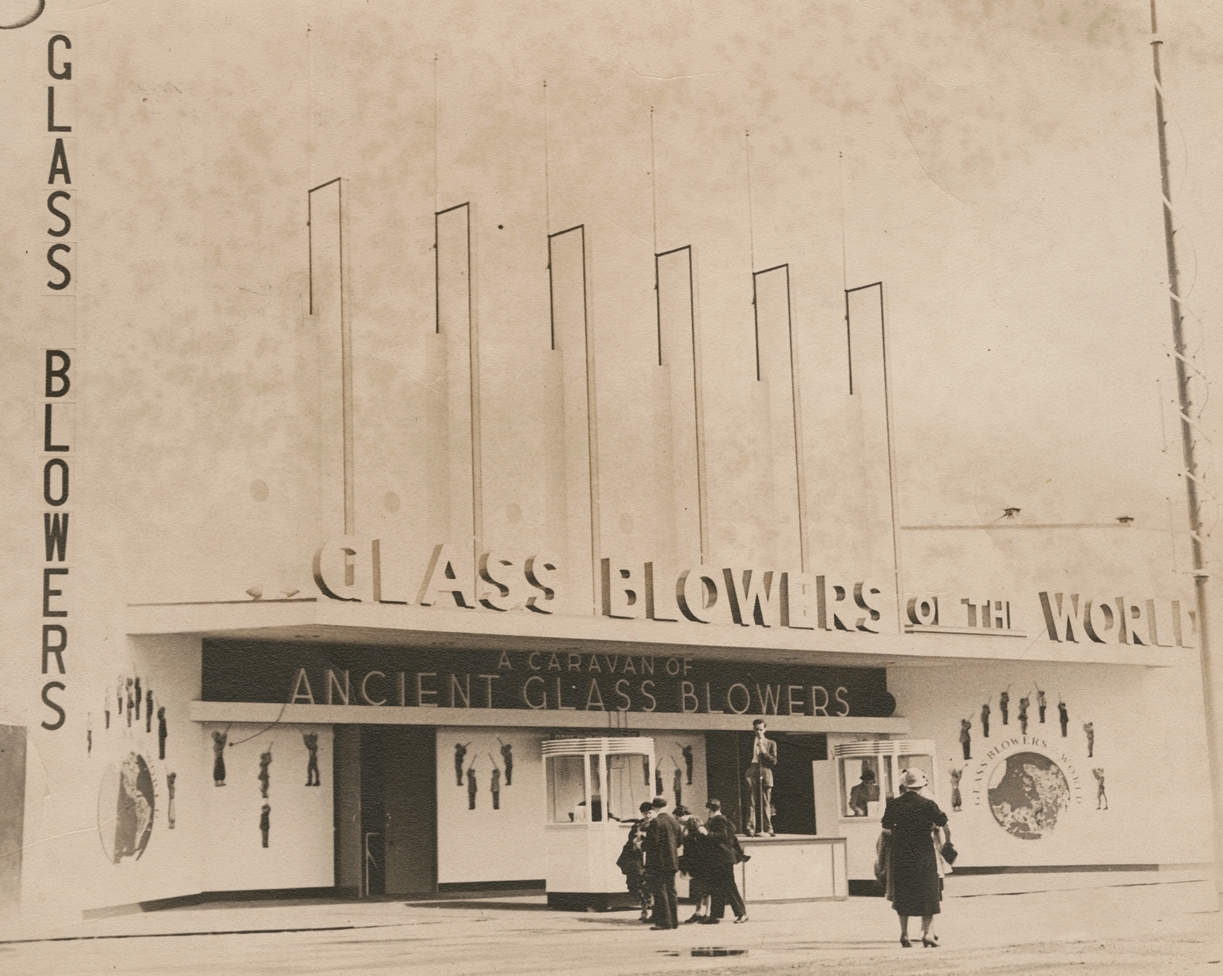 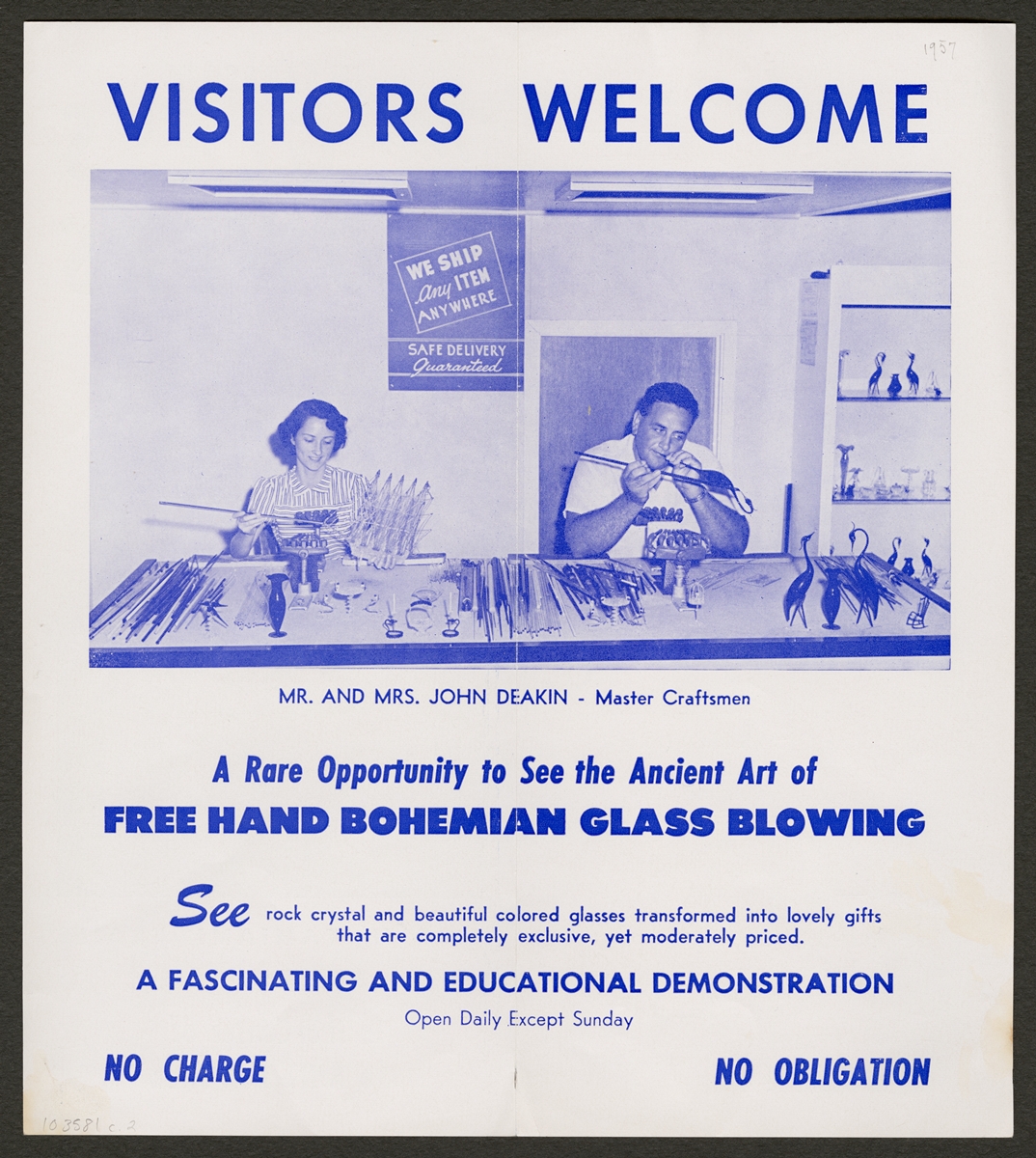 Many 20th-century glassworkers set up their own businesses. (CMGL 161884) 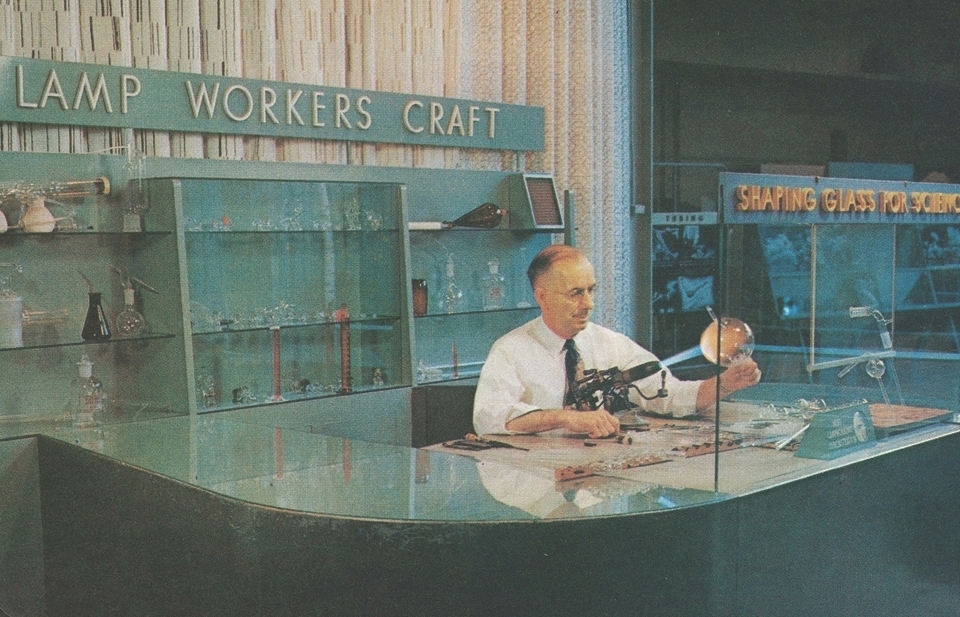 Although the itinerant glassworker lifestyle has mostly died out, their tradition of demonstration carries on in museums like the Corning Museum of Glass. (CMGL 107114)

The terminology used to describe itinerant glassworkers varies. Some of the terms you may run across include:

Their products may be referred to as:

Their techniques may be referred to as:

Read posts from the Behind the Glass blog about itinerant glassworker materials in the collection of the Corning Museum of Glass:

Interlibrary Loan (ILL) is a cooperative library service that allows you to borrow materials through your local library. For more information visit our ILL page or e-mail ILL@cmog.org.