This is a selective guide to resources related to the Corning Museum of Glass exhibition, Tiffany's Glass Mosaics. For additional information, you may search the catalog or use our Ask a Librarian service. 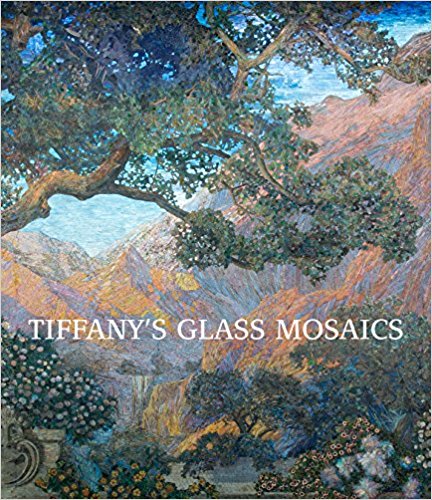 Tiffany's Glass Mosaics will be accompanied by a new publication presenting  the most comprehensive documentation and analysis of Tiffany’s glass  mosaics to date. The volume advances scholarship in the field, and offers  new perspectives for readers at all levels of expertise. Authors include the  co-curators Kelly A. Conway and Lindsy R. Parrott, Elizabeth J. De Rosa,  independent curator Natalie R. Peters, independent art historian; Jennifer  Perry Thalheimer, curator and collection manager, Charles Hosmer Morse  Museum of Art; and Karol B. Wight, president and executive director, CMoG.  The appendix was meticulously researched and compiled by Morgan T.  Albahary, curatorial and collection assistant, The Neustadt. It is fully  illustrated with new photography of many of Tiffany’s most celebrated  mosaic commissions, including The Dream Garden in The Curtis Center in  Philadelphia and Jacques Marquette's Expedition in Chicago’s Marquette  Building. Also included in the publication is a comprehensive appendix of all  of Tiffany’s known public, ecclesiastical, and residential mosaic  commissions, which serves as both a reference for researchers and a guide for anyone interested in visiting extant Tiffany mosaics.

Library Materials Featured in the Exhibition

This design for residential conservatory features central fountain vase against large, square-paned window with small opalescent glass tiles along bottom. Window is colorless along top but decorated with flowers, possibly morning glories, along bottom and sides. Mosaics, or stencil, adorn lower right and left corners of design. Fountain features green vase, two tiers with green decoration, and large base. This fountain is similar to the one featured in Fountain Court at Tiffany's Laurelton Hall. Design is on "Favor, Ruhl & Co." monogram board. 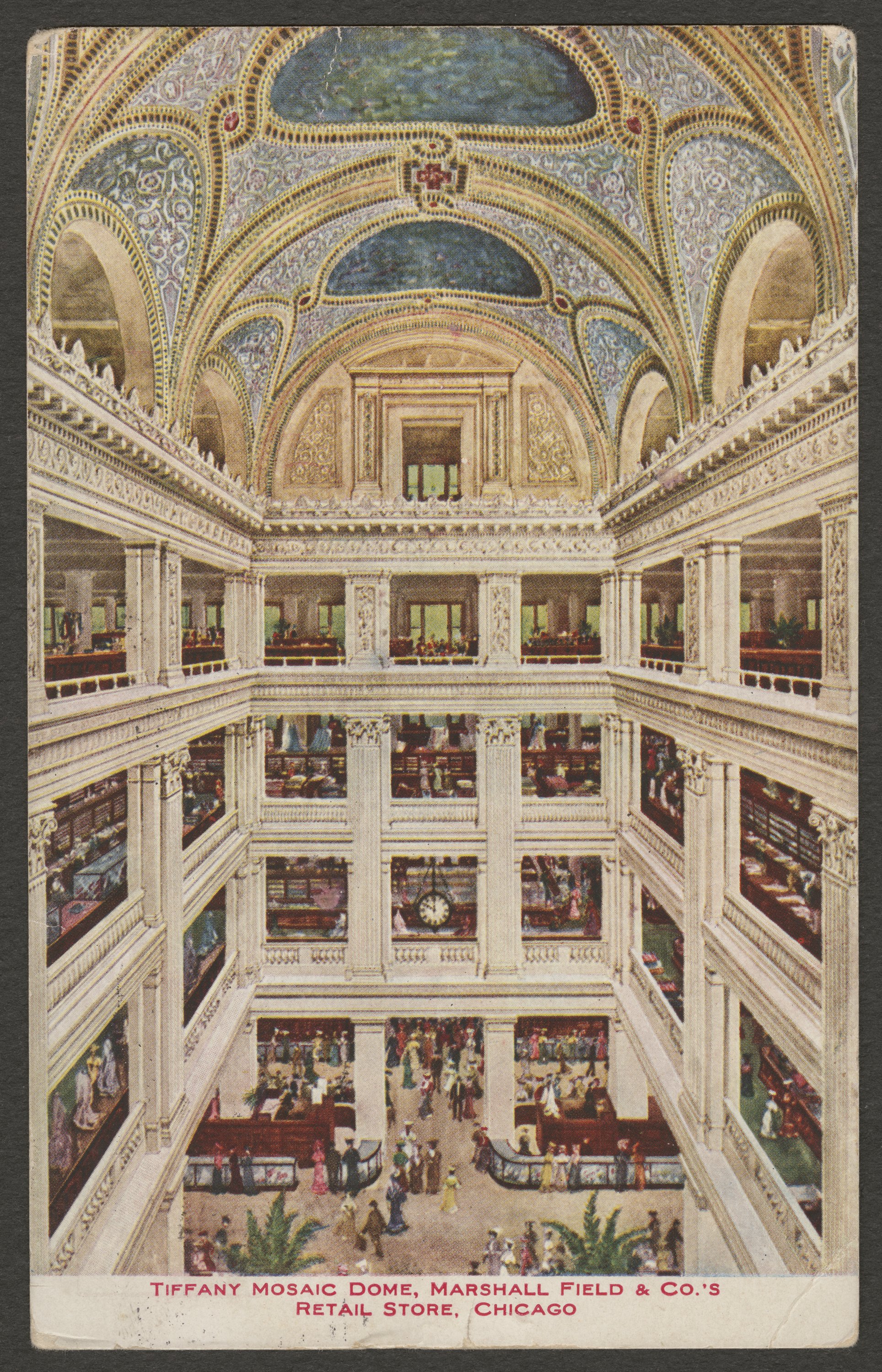 This postcard features an illustration of the five-story balconied atrium in southwest corner of Marshall Field & Co. department store in Chicago; Tiffany mosaic vaulted ceiling dome pictured at top. Installed in 1907, this mosaic is made of iridescent glass and covers 6,000 square feet.

This postcard features the interior of The Men's Grill on the sixth floor of Marshall Field & Co. department store in Chicago; Tiffany Studios ceiling dome pictured at top with Tiffany Studios fountain in center, surrounded by mahogany and leather furnishings. 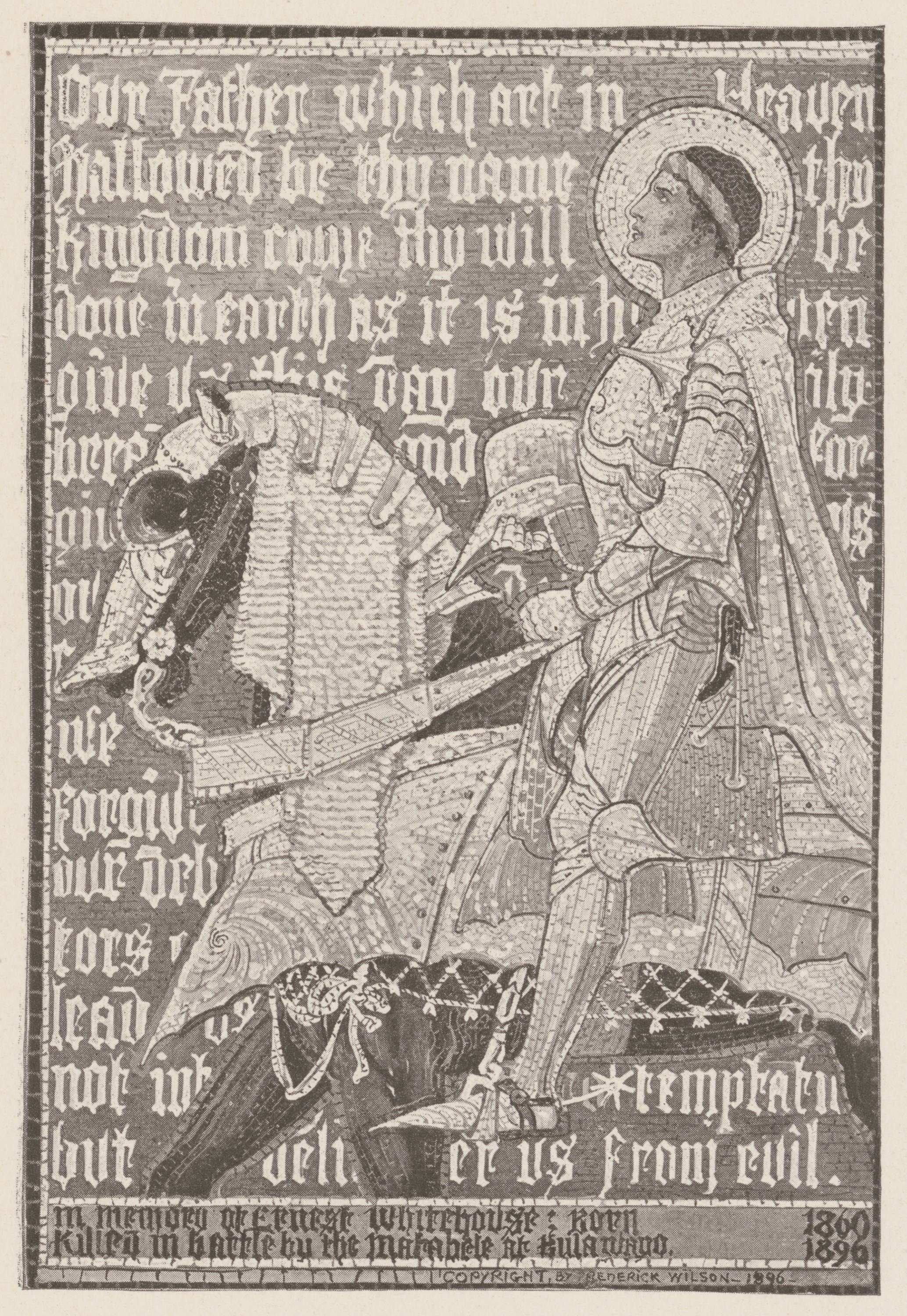 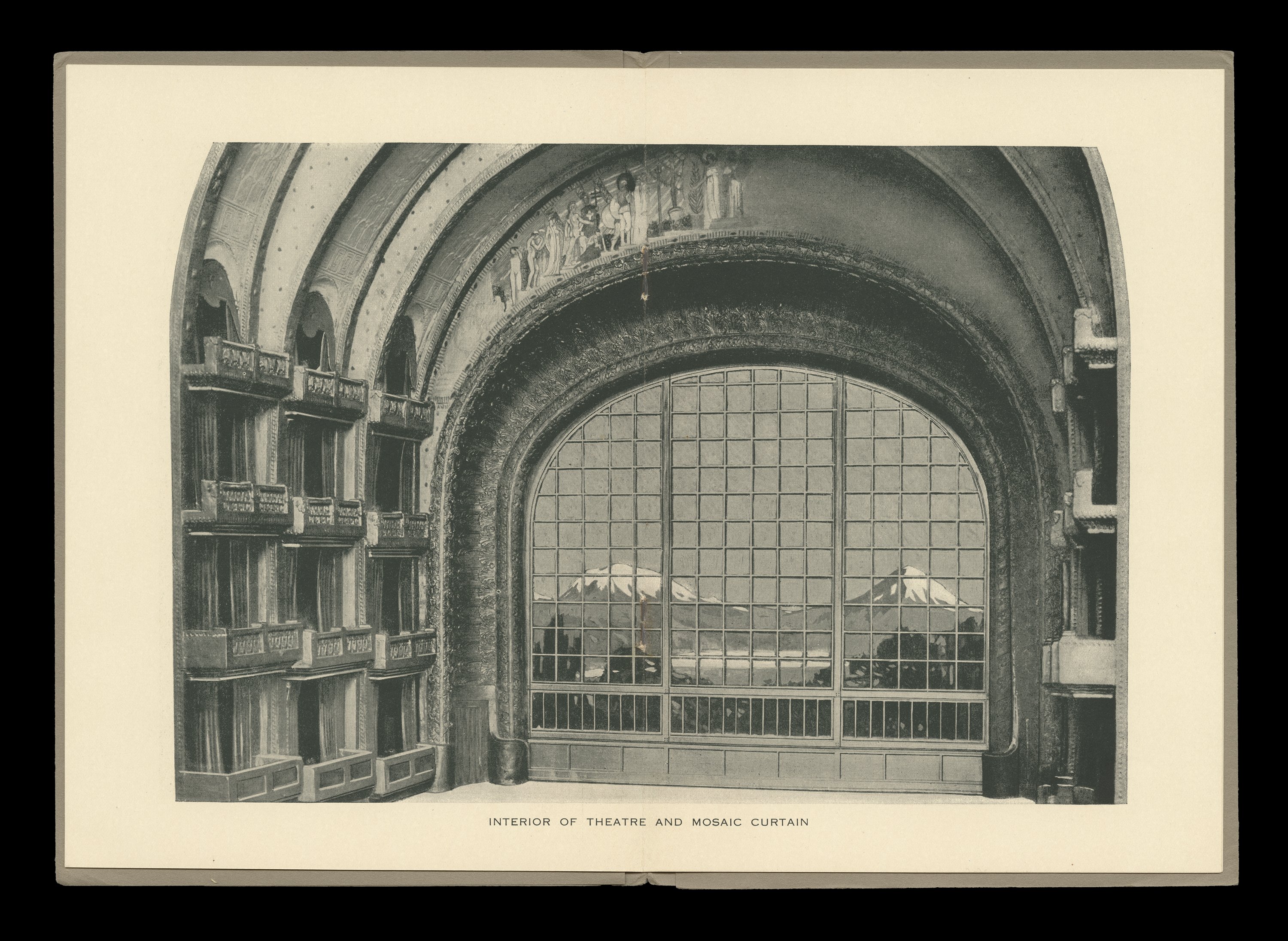 Mosaic curtain for the National Theatre of Mexico  by Tiffany Studios

The stage curtain for the National Theatre of Mexico is a stained glass foldable panel that portrays the snow-capped volcanoes Ixtaccihuatl and Popocatepetl. The featured booklet describes the curtain: "The curtain contains more than 2500 square feet of glass mosaic, and weighs 27 tons. To insure its safe transportation from the Studios to the City of Mexico, it has been divided into 200 panels each 3 feet square, containing nearly one million separate pieces of favrile glass, which have been inlaid into a concrete composition impervious alike to heat and moisture. The glass was made at the Tiffany Furnaces at Corona, Long Island, especially for this particular work. It has had the personal supervision of Mr. Louis C. Tiffany from the beginning, and twenty mosaic workers have been continuously employed in its construction for a period of over fifteen months... The curtain will be operated by hydraulic pressure, and the time required to raise or lower it, seven seconds." 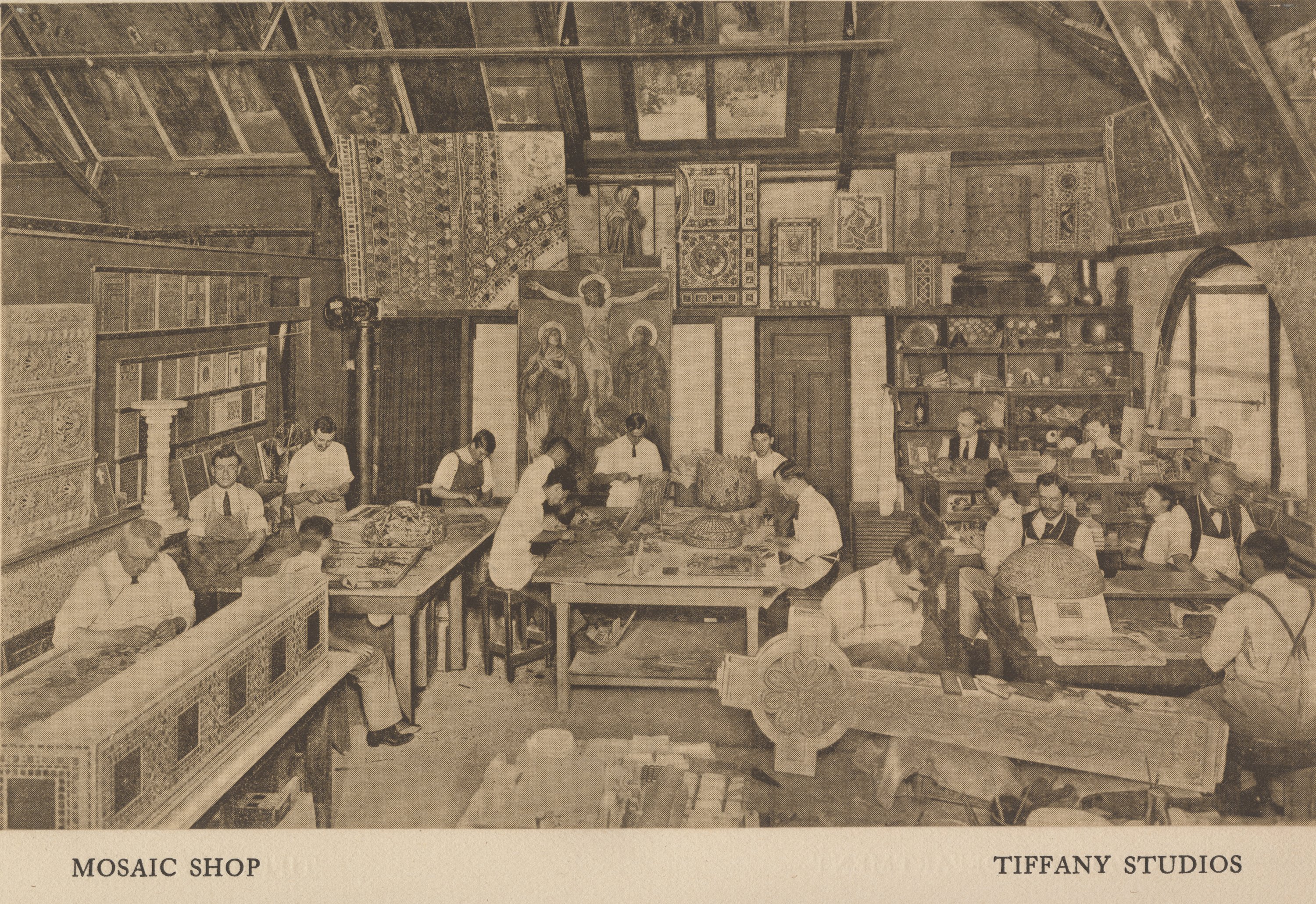 Character and individuality in decorations and furnishings  by Tiffany Studios