Selective list of resources on Lalique. More information can be found by searching our online catalog or by contacting a reference librarian through our Ask a Librarian service.

Designing for a New Century: Works on Paper by Lalique and his Contemporaries 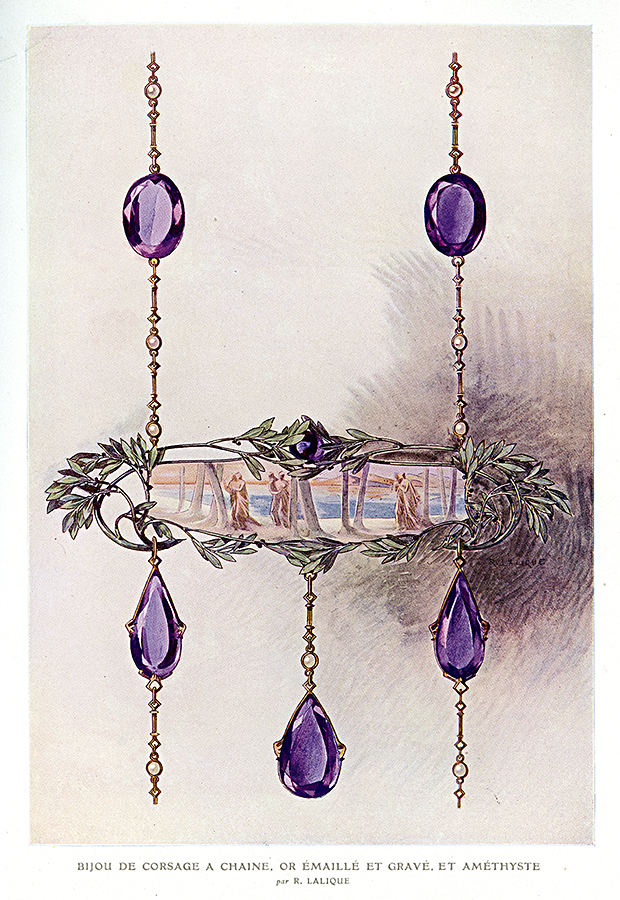 In the late 19th century and early 20th century, René Lalique’s jewelry, and then his beautifully designed glass objects and vessels, made him an influential figure in the Art Nouveau and Art Deco movements. His work was acclaimed at the international industrial expositions, particularly the 1900 and 1925 Paris Expositions. Designing for a New Century: Works on Paper by Lalique and His Contemporaries surveys the extraordinary glass designs created by Lalique and his European contemporaries, including Marinot, Herbst, Gallé, and Val St. Lambert, through design drawings, trade catalogs, period photographs, and other materials from the Rakow Library’s special collections.

This major exhibition will bring tog 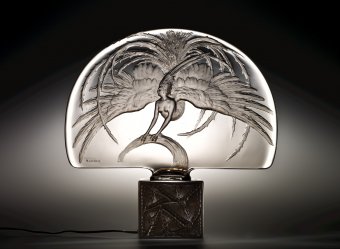 ether glass, jewelry, production molds, and design drawings by René Lalique (French, 1860─1945), dating from about 1893 to Lalique’s death in 1945. As a successful jeweler Lalique experimented with glass in his designs, which eventually led to a career in which he fully embraced the material. His aesthetic choices in his designs informed the styles of Art Nouveau and Art Deco in France, and the objects he created have become iconic reflections of these periods. Lalique also embraced industrial innovations, like mass production, allowing luxury glass to be placed in more and more households around the world. 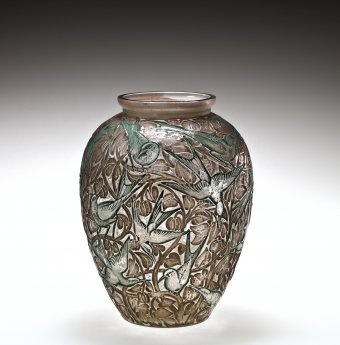